Theaflavin (TF) and its derivatives, known collectively as theaflavins, are antioxidant polyphenols that are formed from the condensation of flavan-3-ols in tea leaves during the enzymatic oxidation (fermentation) of black tea. Theaflavin-3-gallate, theaflavin-3′-gallate, theaflavin-3-3′-digallate are the main theaflavins.[1] Theaflavins are types of thearubigins, and are therefore reddish in color. Epigallocatechin gallate (EGCG) will metabolize into some theaflavins in the liver (cr: Wiki)

In in vitro laboratory investigations, several tea polyphenols, especially those with galloyl moiety, can inhibit HIV-1 replication with multiple mechanisms of action. Theaflavin derivatives have been found to have more potent anti-HIV-1 activity than catechin derivatives.[2]

Epigallocatechin gallate (EGCG), a catechin in green tea, binds to gp120, which works in conjunction with gp41, itself blocked by TF-3 (a theaflavin), both receptors of which HIV hijacks to enter into healthy human immune cells.[citation needed]

In a human clinical trial published in 2003, theaflavins were found to reduce blood cholesterol levels, both total and LDL.[3]

In in vitro laboratory investigations, theaflavins have been found to act on numerous points regulating cancer cell growth, survival, and metastasis.[4] For example, TF-3 is a potent scavenger of superoxide “Green tea catechins, including (-)-epicatechin (EC), (-)-epicatechin gallate (ECG), (-)-epigallocatechin (EGC) and (-)-epigallocatechin gallate (EGCG), are oxidized and dimerized during the manufacture of black tea and oolong tea to form orange-red pigments, theaflavins (TF), a mixture of theaflavin (TF1), theaflavin-3-gallate (TF2A), theaflavin-3′-gallate (TF2B) and theaflavin-3,3′-digallate (TF3). The present study was designed to compare the antioxidant activities of individual TF with that of each catechin using human LDL oxidation as a model. All catechins and TF tested inhibited Cu(+2)-mediated LDL oxidation. Analysis of the thiobarbituric acid-reactive substances (TBARS) and conjugated dienes produced during LDL oxidation revealed that the antioxidant activity was in the order: TF3 > ECG > EGCG > or = TF2B > or = TF2A > TF1 > or = EC > EGC. Four TF derivatives also demonstrated a dose-dependent antioxidant activity in Cu(+2)-mediated LDL oxidation at concentrations of 5-40 micromol/L. These results demonstrate that the TF present in black tea possess at least the same antioxidant potency as catechins present in green tea, and that the conversion of catechins to TF during fermentation in making black tea does not alter significantly their free radical-scavenging activity.” 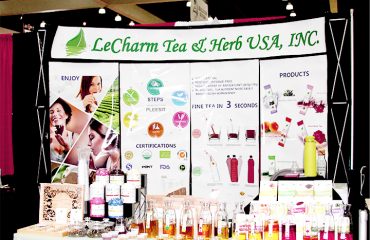 1 Comment to “ Theaflavins in black tea and catechins in green tea are equally effective antioxidants.”